Since it was launched in 2014, Spinomenal has produced many games that have been experienced by more than 2 million players worldwide. This software developer offers a wide array of online casino games but also offers a complete API management suite for its clients. Due to the positive reputation of this company, it comes to us as no surprise that it is available in quite a few markets. Today, we will explore everything about Spinomenal, and explain how and why this developer has become an “industry favourite” in such a short time.

There Are so Many Games an Operator Can Choose From

Currently, there are 151 games developed by Spinomenal. Most of them are slots, but there are also a few table games as well. While they all differ in visual themes, they are united by featuring incredible HD graphics and highly responsive controls. Spinomenal usually produces from one to three games on a monthly basis, which means that their portfolio will always feature fresh content. Although all of Spinomenal’s games are considered to be great, we have analysed some of the brightest highlights in the company’s roster.

All Slot Games Are Phenomenal

The visual styles of all slots made by Spinomenal centre around themes such as animals, fantasy, fruits, Greek mythology and others. The slot titles have their own features but are equally supported on several hardware and software platforms. The art on most slots is created by highly capable artists, which makes every game “pop out”. If that wasn’t impressive enough, we must state that Spinomenal produces approximately 20 new slot titles every year – which makes them one of the fastest software developers in the industry. Here are some of the most played Spinomenal slots ever.

There Are Only Two Table Games Available

Due to the fact that Spinomenal is heavily invested in producing as many slots as they can, the only two available table games are “European Roulette” and “European Roulette VIP”. The only differences between the two are the colour scheme of the interface, and the higher bets on the VIP version. Both roulette games have a 97.3% RTP rate and are available in six languages. We would have liked to see more table games from this software provider, as the roulette titles look amazing and play great; perhaps, Spinomenal will develop more of them in the future.

Additional Titles from the Aggregation Platform

Although Spinomenal doesn’t cover all necessary genres, that doesn’t mean that it can’t offer more than it already has. Because the company has developed the so-called “Aggregation Platform”, they are capable of offering more than 2,000 games from other providers, which are partners with Spinomenal. This way, the software developer can supply its clients with the quantity and variety they are looking for.

The Company’s Software Is Tested and Certified

While there are no mentions of any licensing, all of Spinomenal’s software has been audited, tested and certified by two of the most renowned tech laboratories in the industry – BMM Testlabs and eCOGRA. Both agencies have performed numerous tests on the hardware and software systems of Spinomenal, vetting them safe, fair, and secure.

All of Spinomenal’s Products Are Mobile Enabled

When it comes to mobile compatibility, Spinomenal’s products and solutions are among the most optimised in the industry. The software created by this developer is supported by the following operating systems - Android, iOS, Windows and BlackBerry OS. The browsers (their mobile versions) that officially support Spinomenal’s games are Google’s Chrome, Apple’s Safari, Mozilla Firefox, Microsoft’s Edge and Microsoft’s Internet Explorer. We have also tested the developer’s games by using the browser Opera and they performed superbly on it as well.

The Use of Software Developing Technology – HTML5

Spinomenal claims that HTML5 is the “future of gaming”, and this is why it develops all of its games on it. The software developer continues to use HTML to this day, as this platform is renowned for its cross-platform compatibility, and customisability. Currently, there are no news if Spinomenal is looking for other software development platforms.

This Business Is Driven to Achieve Further Greatness - Company Mission

When it was founded, Spinomenal’s initial goal was to deliver the most reliable and user-friendly casino solutions in the industry and judging by its achievements, they are on the right track of doing just that. They are renowned for setting “seemingly impossible goals”, and achieving them at an impressive rate.

Additional Products and Solutions by Spinomenal 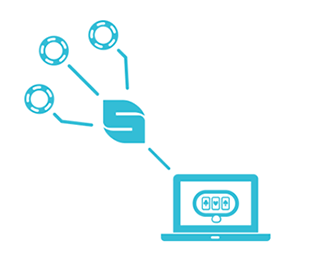 In addition to SAP (Spinomenal Aggregation Platform), this developer also offers many useful tools, which can be used to manage an online casino platform, in full capacity. The “Casino Manager” is one such system that allows control and management over any aspects of an online casino. Spinomenal also offers marketing tools that will help operators to set and control any rewards people will receive from playing the casino’s games.

Since Spinomenal is also one of the few developers that support cryptocurrency, they have also introduced the “Blockchain Honesty Control” platform. Additional casino solutions developed by Spinomenal include a point of sale interface, virtual lottery terminals, and tools for complete analytics and reporting.

In the News Section You Will Find the Latest on Spinomenal

Granted, the news section of this developer isn’t populated that much, but whether you’re a player or a potential partner, you will still find it useful. Here you can be informed about any announcements regarding Spinomenal’s attendance at international expositions. Additionally, if a new slot game or a casino platform management tool is going to be released, it will also be mentioned here.

Standing out among the Rest with Sheer Dedication

The rate at which this company produces online casino games and services is truly impressive. Spinomenal stands out among the rest by having a serious “can do” attitude, and their achievements in the field of software development speak for themselves. This company is famous because it has kept its promise to the industry to deliver quality, innovation and diversity.

This Business Has Many Famous Partners

Other software developers in the industry are more than impressed with Spinomenal’s solutions. Because of this, many big names have become business partners to this developer. Among them, we count developers such as Extreme Live Gaming, Felix Gaming, Betixon, Wazdan, 1X2 Network, Tom Horn Gaming, BetSoft Gaming, SA Gaming, Revolver Gaming, Playson, Iron Dog Studios and many others. The online casinos that utilise Spinomenal software are Casoo Casino, LuckyBet Casino, Campeonbet, 1xSlots Casino and Playamo Casino, to name a few.

In Conclusion – Spinomenal Will Continue to Impress Us

The partners and clients of this company are thrilled to work with Spinomenal because they witness their professional perseverance and dedication. Sure, this developer might not have a wide range of card titles or table games, but the slots it does offer are more than enough to make a significant contribution to any new online casinos roster. The highly motivated and competitive spirit of Spinomenal will surely allow them to achieve even more success, and we will be happy to witness it.