The casino games developing company known as “Aristocrat” was founded in the distant 1953. The brand and business are known to have endured through hundreds if not thousands of land-based gambling trends. It was 60 years after the company was established that it evolved into the online casino software developer we know today. In addition to an impressive origins story, Aristocrat’s online casino games are considered to be some of the best among operators worldwide. In the following paragraphs, we will find out not only if this is true, but also what kind of online casino products and services does the company offer.

There Are Many Aristocrat Games

So far, this company offers approximately 160 games, most of which are meant for both online and offline play. Aristocrat Technologies Australia Pty Ltd. is a VLT physical manufacturer after all, which explains the quantity and variety of most Aristocrat games. On the other hand, we’ve also discovered that the entirety of Aristocrat’s gaming portfolio has been made out of slots!

The Slots Come in Different Shapes and Sizes

Under Aristocrat’s brand, there will be originally themed slots, but also games which are modelled after licensed franchises and famous brands such as Game of Thrones, The Walking Dead, Dumb and Dumber, and a whole lot more. On the other hand, we should mention that almost all licensed games are made specifically for VLT machines installed in land-based casinos, which means that they will hardly be made available for online play. The slots for online casinos, however, have their own visual themes, unique features, and bonus functions which still show their quality. We have taken some of the most famous Aristocrat titles and have analysed them even further below.

Aristocrat is licensed and regulated in more than 240 jurisdictions. Among the many regulatory administrations that have licensed Aristocrat, is none other than the United Kingdom Gambling Commission (license number: 2602). This company has been certified, recognised, and validated by an outstanding number of almost all available administrations in the world. The company itself operates in 90 worldwide, so everyone who works with Aristocrat knows that they are doing business with someone who is “more than trustworthy”.

Due to the fact that Aristocrat produces games that are meant to work on different platforms, it doesn’t come as a surprise that not all of the titles they have will be accessible on mobile devices. Nevertheless, the majority of online casino games provided by the company will run excellently on mobile operating systems such as Android and iOS. Aristocrat uses Flash and HTML5 as its main software development tools.

Furthermore, the developer has also released its most famous slot titles in a “single-app” compilation which is made freely available in Google’s Play Store! Granted, due to industry regulations, people can experience those slots only for “fun money”, but should they want to play for real cash, they can find an online casino that offers those games for real money play.

When Aristocrat was formed in the 1950s, their main business initially revolved around the manufacturing and provision of reel slots for the land-based casino industry. It was much later in 2013 when Aristocrat entered the online casino market. This milestone was marked with the company’s purchase of a software developing company called “Product Madness” (PM). PM is a highly skilled software developer business, and through it, Aristocrat started to realise its online casino potential.

It wasn’t soon after that in 2014 Aristocrat acquired another developing company called “Video Gaming Technologies”. Two years later, the business made one of its most successful moves, by purchasing the software developing company “Plarium”, which were renowned for the exceptional quality of their mobile gaming software. Yet again, a year later Aristocrat also acquired another giant to its collection of developers, called “Big Fish”.

With offices scattered all around the world, Aristocrat employs approximately 5,000 people. The company is always looking for new business opportunities, and it wouldn’t come as a surprise if they continue to acquire additional game development studios under its brands. An interesting fact is that to this day, the company continues to offer gaming solutions for land-based casinos as well. Aristocrat’s company motto is “bringing joy to life through the power of play”, and from the looks of it, they are practising what they preach.

Some Unique Features of Aristocrat’s Games 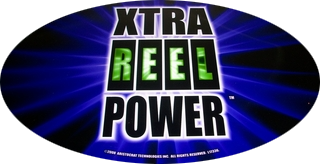 We should mention that although the majority of the slots made by Aristocrat have HD graphics and smooth animations, their overall “look” is made to resemble some of the first electronic slots ever made. Retro appearances aside, we should mention that some games will have a “gamble feature” that provides players with the opportunity to multiply their winnings after every successful spin. Another interesting feature of Aristocrat’s slots is the “Xtra Reel Power”. This function allows the player to activate or deactivate parts of a slot’s reels, which considerably changes the way the game is experienced!

News About the Company Are Always Available

How Does This Provider Compare to Other Businesses in the Industry?

Aristocrat is not only a provider of online casino solutions but a multi-faceted business that owns many software developing companies! Surely, there aren’t that many casino software makers that can boast the same scale of operations and product manufacturing. Aristocrat can easily be considered as one of the top five iGaming software providers in the entire industry!

They Take Gambling Issues and Care for the Players Seriously

Aristocrat considers responsible gameplay to be in the core of its business. They not only comply with the industry’s necessary measures to prevent minors from gambling but also do an extra effort in order to promote the importance of seeking help when a player might need it. Additionally, Aristocrat does not tolerate any acts of “modern slavery” and annually releases its “Modern Slavery Statement”, in which they declare that none of their companies of operations has anything to do with the exploitation of people under any form, and the entire Aristocrat conglomerate of businesses is against any form of modern slavery.

Interestingly enough, Aristocrat doesn’t boast that many business partners, as we would expect from a company with so many years of experience. In fact, the only two known businesses that Aristocrat is known to be working with, are Inspired Entertainment, and IGS (International Games Systems). While Inspired is the company that takes care of Aristocrat’s business interests in Europe, the company’s collaboration efforts with IGS are meant to target the Asia-Pacific iGaming market.

In Conclusion – An Irreplaceable Addition to Any Casino Operator

Aristocrat is incredibly famous in the USA, Australian, and Asian markets, and with the latest business developments, they have also gained a foothold in the iGaming scene in Europe. Aristocrat is considered being an incredibly entrepreneurial company, and also one of the most successful distributors of casino products today. It certainly doesn’t come as a surprise that the best new casinos online wish to work with Aristocrat from the day they are launched!